Top UK Festivals to Attend in 2021: Festivals are Back!

Since the UK government announced that outdoor music festivals could re-open from 21st June 2021 at the earliest, if COVID-19 cases, deaths and hospital admissions continue to fall, a number of festivals have started to sell tickets again.

It’s been a long wait for festival lovers after many music festivals being cancelled in 2020, due to the pandemic, however 2021 is going to be bigger and better than ever before.

Some earlier music festivals have been pushed back to a later date in August or September and several festivals are planning to take place during the August bank holiday weekend. 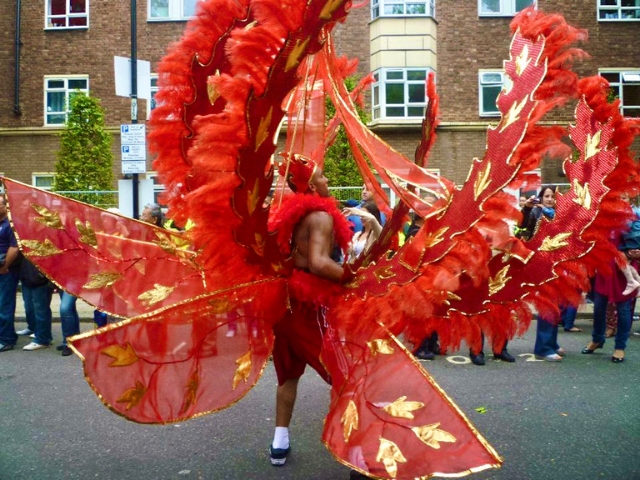 The Notting Hill Carnival was cancelled for the first time in its history in 2020 but organisers are hoping It will be able to go ahead this summer to celebrate its 55th anniversary.

Glastonbury, is one of the earlier festivals that had to be called off for a second year in a row. It is believed that the festival, usually held in June, was not able to obtain cancellation insurance.

Glastonbury organised a ticketed livestream spectacular on 22nd May instead featuring Coldplay, Damon Albarn, and Haim among others. 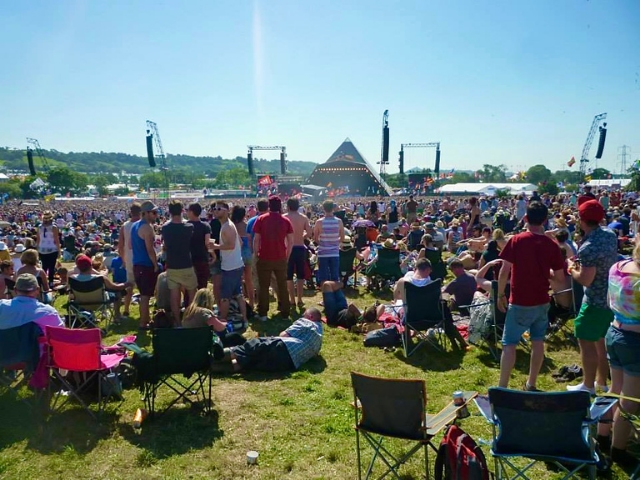 There is no doubt that people are really excited to go back to music festivals once lockdown measures have eased. One thing is for sure, being able to socialise/party with friends and listen to live music will certainly not be taken for granted.

Discover our music festivals 2021 UK guide and get your festival-style outfits ready to go!

10 Best Music Festivals That are Returning This Year

To help you to plan ahead and be ready for when the lockdown eases, we’ve put together the latest information regarding some of our favourite UK music festivals.

You may have previously met us, at one of these music festivals, behind our colourful African print clothing stall!

Boardmasters Festival is hoping to go ahead, especially after their disappointment in cancelling the festival in 2019 due to severe weather. Tickets for the 2019 festival will be rolled over to this year’s festival, which is located on the cliff top overlooking the picturesque Watergate Bay. 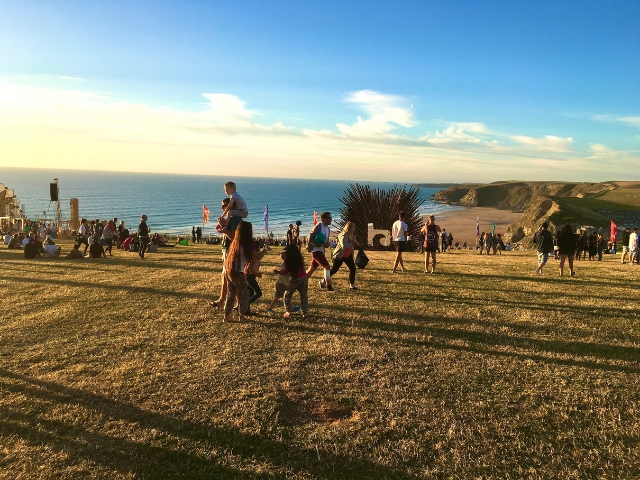 The festival coincides with the Boardmasters pro surfing competition held at Fistral Beach in Newquay. If you like to surf then you can take your board along with you and pop down to the beach in the morning to help get rid of a hangover. Headliners are yet to be announced.

Boomtown Fair is an immersive musical and theatrical event and has called it’s 2021 return ‘The Gathering’ to celebrate being able to socialise again. It calls itself a ‘living theatre that ignites imagination and inspires the emergence of a better world’.

This year, the festival has decided to announce their line-up just before their gates open. The festival is already sold out for 2021 but their ticket resale will go live at some point before August.

Camp Bestival is a family-friendly festival held in the middle of the school holidays and is expected to go ahead as planned this summer.

Where: Near Banbury, Oxfordshire

Fairport’s Cropredy Convention has been run by folk-rock legends Fairport Convention since 1976 and is one of the UK’s oldest festivals.

There has always been one stage so that no one will miss anything and each artist, no matter how big or small, will always play to a large audience.

The line-up has been carried over from 2020 and the organisers are ‘cautiously confident’ that the festival will go ahead as planned.

The Isle of Wight Festival’s heritage reaches back over 51 years and it was known as Europe’s equivalent to Woodstock. In 1970, their line-up included Jimi Hendrix and The Who with an attendance of over 600,000 people!

The 2021 festival was originally planned for June but has been pushed back by a few months. The organisers will be watching and learning from other events taking place before them to ensure everyone is kept safe. 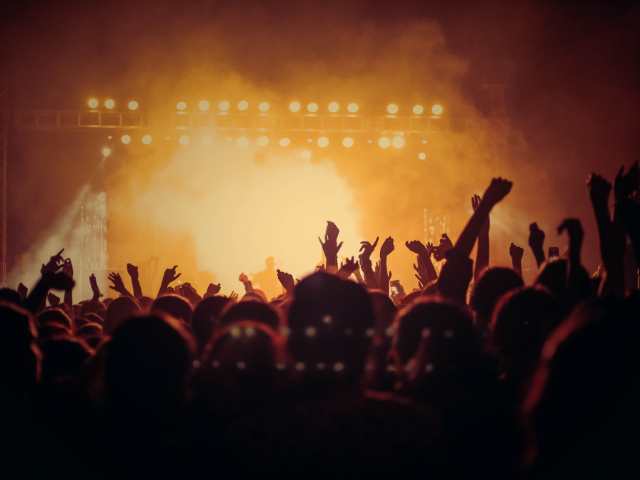 Kendall Calling will celebrate its 15th year anniversary this summer and is known to be one of the most picturesque music festivals in the UK.

In place of the 2020 festival, they presented Kendal Calling Radio which was a 3-day extravaganza broadcasting live performances, DJ sets and shows including Nile Rodgers and Frank Turner.

Artists that top the bill in 2021 include Stereophonics, Supergrass, The Streets and Dizzee Rascal. Tickets have already sold out but you can join their waiting list.

Latitude organisers are confident that the festival will go ahead this summer as long as the situation in the UK is deemed safe by the government and all safety protocols are in place.

They are continuing to organise the family-friendly pop festival with headline acts already booked and tickets now on sale. Artists already announced include Bastille, First Aid Kit and Snow Patrol.

Reading & Leeds is a dual-site festival which is due to take place as usual on the August bank holiday weekend.

Reading Festival is the world’s oldest-running popular music festival since 1989 with UK and international rock, indie, alternative, punk and metal artists. More recently hip-hop artists have been introduced to the line-up. 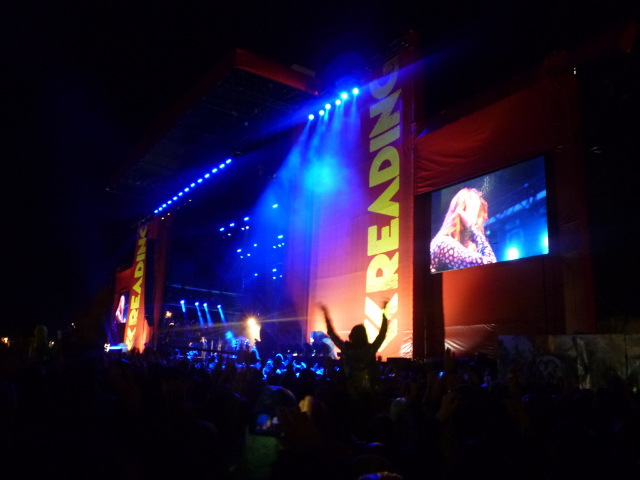 Reading Festival tickets sold out in February 2021 but there are still some day tickets available for Leeds Festival. The headline acts include Stormzy, Post Malone and Liam Gallagher.

Victorious Festival is held on The Common and Castle Field in the seaside location of Southsea, Portsmouth, and is celebrating its 10th year anniversary in 2021.

The Castle Stage is situated near Southsea Castle, a historical landmark that belonged to Henry VIII and was built in 1544. 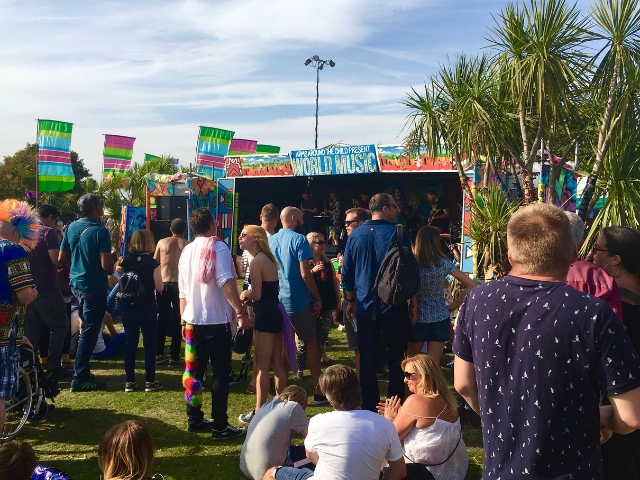 We recommend visiting the World Music Village where you will be transported to different areas of the globe with live music, DJs, spoken word, drumming workshops and dance classes.

This year’s headline acts include Madness, The Streets and Royal Blood.

WOMAD (World Music and Dance) festival is planning to go ahead at the same time as usual and tickets are now on sale. According to their website, they will need to make some changes to the festival and will adapt to the changing conditions.

The festival’s line-up usually includes many international acts but due to current travel restrictions, it is likely that the majority of artists this year will be UK-based representing diverse cultures and traditions from all over the world.

The UK artists were announced on 12th April. When international travel restrictions are lifted the organisers hope to add international artists to the line-up around 17th May who have already committed if allowed to travel.

WOMAD is planning to increase space in the arena and campsite and their capacity will continually be under review. Since the cancelled 2020 festival, they have been streaming concerts online as part of ‘WOMAD at Home’. 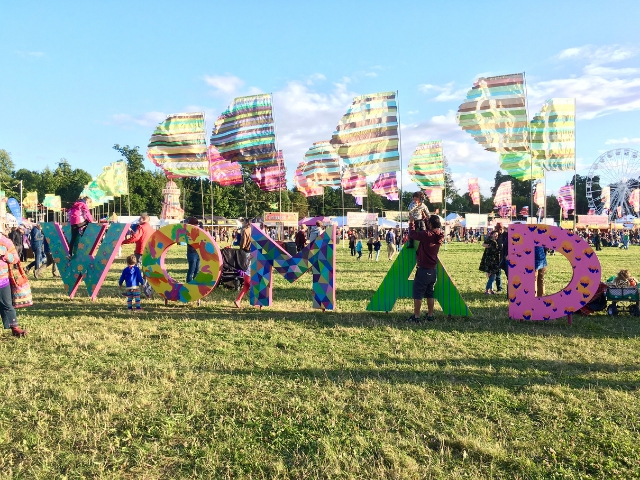 Get Your Music Festival Outfits Ready!

Now is a great time to get your fabulous music festival outfits ready (and that includes fancy dress costumes)! It will be such a great feeling to be able to dress up properly, go all out, feel free, and experience nature and the magic of festivals again. 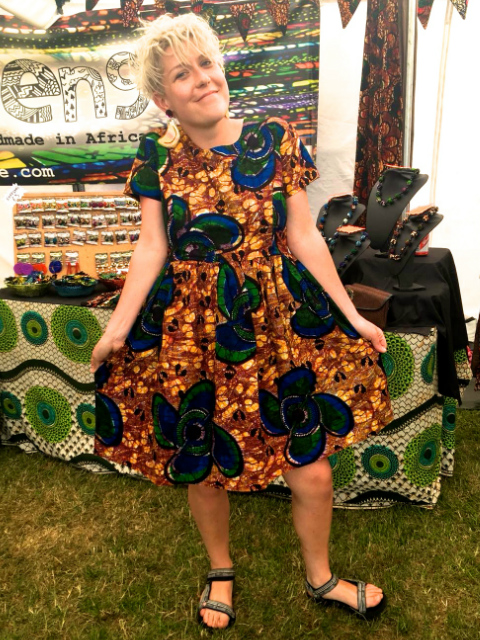 If you’ve been saving your pennies during lockdown then you could treat yourself to a special festival outfit to make the summer that little bit more exciting (especially this year after being stuck at home for so long).

Do your favourite festivals this year have fancy-dress themes like the Levellers’ Beautiful Days Festival in Devon? If you’ve got a moment to spare, why not get creative by making an extra special outfit with sustainable fabrics, you could upcycle old clothes to create something completely new. 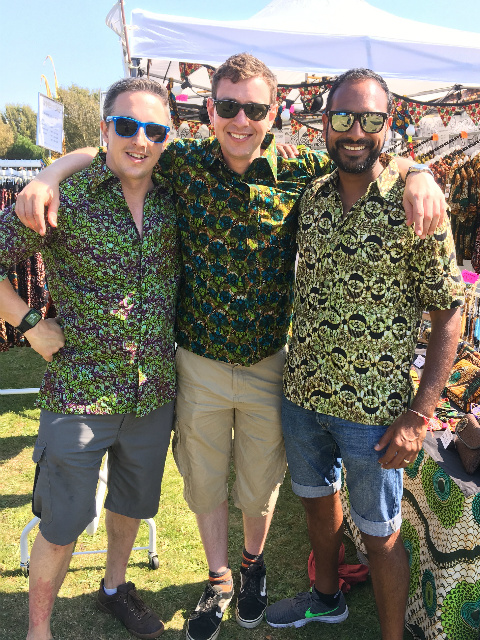 There are some great deals to be had in our ready-to-wear sale with fun African print shirts for men, stylish and comfortable unisex trousers, fashionable A-line elasticated skirts and cute ankara dresses. Get 10% off when you subscribe to our newsletter. 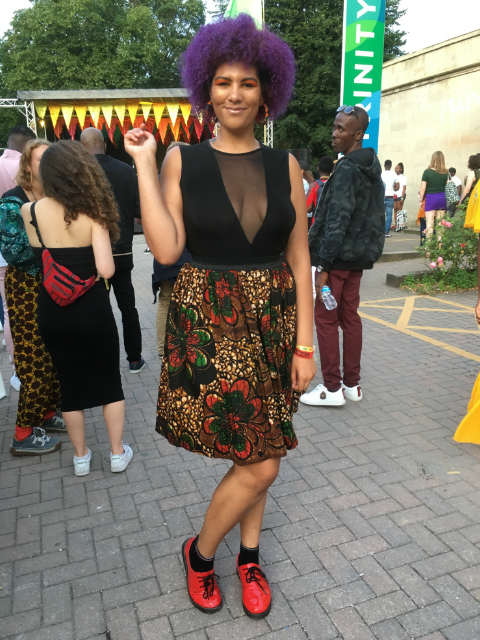 If you’re not able to get to a music festival this summer then why not create your own festival experience at home with world food, an African music playlist, fairy lights, bunting, camping in the garden or sleeping inside your campervan on the drive?